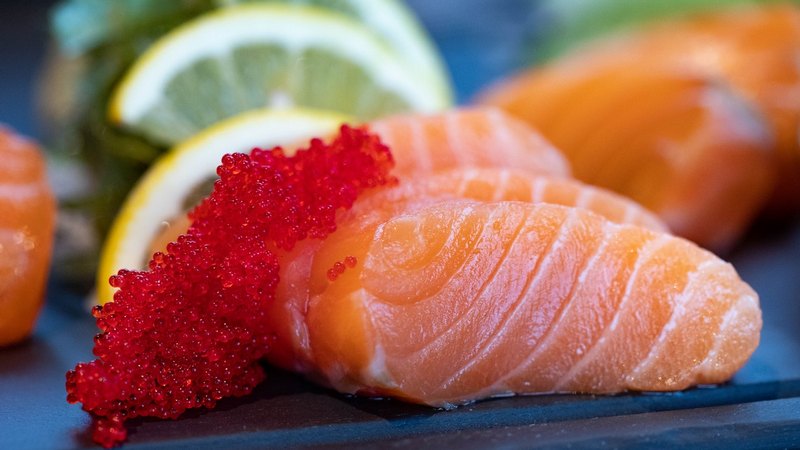 In case you are yet to try raw fish meals, it is time for you to check out this Japanese culinary delicacy. You may feel uncomfortable with the knowledge of eating meat raw, however, if you can get sashimi that has been properly prepared, you will not only be eating a safe meal but also something delicious and of optimum nutrition.

Some people think sashimi cannot be frozen while others believe sashimi must always be frozen and the simple truth is that it depends on what you are looking for. The question we need to ask ourselves is whether or not sashimi can be frozen and it is safe to say that you should always freeze sashimi before you eat it raw but you should not freeze your prepared sashimi to be eaten later.

This is a meal that is most popularly prepared and served in most sushi restaurants and people always confuse sashimi with sushi. However, they both have a few important distinctions. You should consider sashimi as raw meat sliced very thinly and it is often fish but could also be a variety of any kind of meat.

Meanwhile, sushi could have raw fish included but it has a more distinct feature which is the vinegar rice that is used in wrapping some of the other ingredients that usually include fish whether raw or not, and then thinly sliced seaweed and vegetables.

Irrespective of the case, the important thing is in the preparation and it is not advisable to eat raw meat not prepared professionally making it unsafe to eat from harmful bacteria that may cause foodborne illnesses.

We have sashimi-grade fish and raw fish. When you hear sashimi-grade, it means the meat is quality enough to be safe to eat raw and that means it must have undergone the necessary precautionary measures that will help kill all organisms or bacteria that are on the meat. Popular restaurants will surely give you sashimi-grade and they can also be found at some specialty shops or supermarkets.

Some people believe that a fish is safer to eat the fresher it is. It is correct that your fresh fish would be yet to grow some certain bacteria and parasites such as worms are also yet to be considered. However, it is more correct to say that fish should be frozen for you to safely consume it raw.

When you consider most types of freshwater fish, you can safely eat it raw if you have frozen it to the standards of the FDA, i.e. at least 15 hours at the temperature of -31°F or the temperature of -4°F for at least seven days. How quality your sashimi-grade meat will be is dependent on your supplier. You have to ensure that the restaurant you want to purchase your sashimi grade from has a very high reputation for a good standard.

Some tuna and shellfish are usually parasite-resilient and they are fish farmed carefully to be protected against any form of parasites and you will not have to freeze it before you eat it raw to enjoy.

Generally, it is better that your fish, whether fresh or not is frozen inside the commercial freezer just before it is taken raw. You need to know some important things about how you can freeze your fish to consume for sashimi that has been made at home in case you don’t have any access to commercial freezers.

Ice crystals tend to form inside foods anytime you freeze your food and this will lead to a breakdown of the structure of protein on the cellular scale. The ice crystals contained in your meat will be smaller the quicker it is frozen and then the quality will be better when thawed.

Foods are frozen inside commercial freezers quickly because of the presence of extremely low temperatures making the food’s integrity to be retained as much as it can. Home freezers are usually set at 0°F and it is not so cold to safely freeze fish and it means parasites will not be properly killed and it will also leave the protein quality damaged.

How To Freeze Fish for Eating Sashimi

Can You Freeze Sashimi Leftovers?

It is not an excellent idea to have leftovers of sashimi to be eaten later because the quality meat has been already frozen once and that means freezing it the second time will have severe damage on the quality, most especially in a freezer at home because it will turn mushy by the time you are ready to eat it.

However, if you purchased your sashimi fish and you could take it home safely without getting it defrosted, then you may allow it to remain frozen for you to eat later. It is better if you don’t try to freeze it again if you know that it is going to defrost before you can get it into the freezer.

What you can do is as you buy it, put it inside a cooler that is packed with ice but once it starts warming up, there will be the formation of bigger sets of ice crystals in the process of refreezing which will turn it to a mushy meal.

How To Store Prepared Sashimi

Prepared sashimi can still be stored for up to one day if you can get it inside your fridge as soon as you can. What you need to do is to tightly pack the sashimi and get it wrapped inside the plastic wrap for it to get protection from bacteria and air. You can then place it wrapped into an air-tight container.

In case the sashimi is homemade by you, ensure you either eat it or refrigerate it within for hours immediately it thaws. You can tell if the fish still has its freshness by smelling it, fresh seafood will not have a fishy smell.

How many calories are in sashimi?

The amount of calories in sashimi is dependent on the kind of meat chosen. Sashimi usually has around 70 to 200 or even more per 3 to 4 ounces in size. Fishes that contain high fats like tuna and salmon contain more calories usually with some other great nutrition such as a very high count of protein and healthy fats.

You should stick to your sashimi if you are monitoring your diet. Watch out for the condiments and avoid the empty calories contained inside the rice. You should also avoid miso and soy sauce that have high sodium content which can cause water retention and bloat. You should also not go near types of sauces that are spicy mayo, if you want an extra flavor, go for wasabi or pickled ginger that are both dense with nutrients.

This is a sushi that is a mound or block of sushi rice that is topped using a fish slice either cooked or raw. This is not rolled the same way as maki but it could sometimes have a nori strip or perhaps toasted seaweed between the fish and the rice. There is often wasabi included inside the nigiri sushi and that means if you don’t love spice, stay away from this sushi. Nigiri means “two fingers” in Japanese which is indicated as the size of the rice portion that is used in making the piece of sushi.

Maki sushi is when you have your roll of rice that is wrapped inside seaweed that is filled with vegetables and fish. It is the most popular sushi roll style and it is usually referred to as sushi but some variations are different from the regular roll.

Tenaki is quite similar but it has a cone shape rather than a log shape. Hosomaki is considered to be a standard sushi roll, however, only one ingredient is contained in it with the rice. For instance, tuna will not roll with anything but you can consider Hosomaki to be tuna and rice. 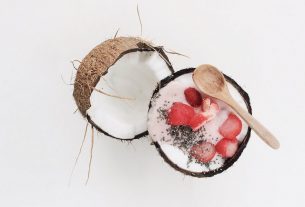 Can You Reheat Coconut Milk? (The Complete Guide)

Can You Freeze Rice Noodles? 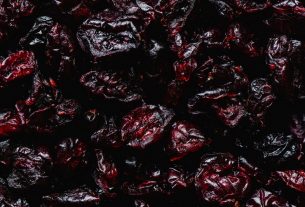 Can You Freeze Dried Cranberries?