Several meals are taken during breakfast depending on individual choices and preferences. Breakfast is considered one very important meal taken in a day. While you decide to take your toast, sausage, bacon, and eggs, you should not forget that you can add pancakes or even waffles to your delicacies for breakfast.

Some breakfast choices available are waffles and pancakes that could be made in several different ways varying from coating with syrup or butter and some other things, or fillings or toppings can be added to it that will bring out the delicious taste according to your preference.

What we want to see in this guide is to tell you the major differences between pancakes and waffles where we will tell you about them on a separate level before we round it up with the summary of their similarities and differences. We hope you will be well informed after reading this guide, please continue reading.

The Ultimate Guide to Waffles and Pancakes

A batter can be bought from a store that will cover both pancakes and waffles. Does that make both the same? Making batter from the scratch makes it slightly different from the end product, it is not the same whether or not a pre-made or self-made batter was used.

The first thing we are going to discuss in this guide is pancakes after which we will discuss waffles. We will check out each of them on a separate level before we check out the summary of the similarities and differences between the two.

We start from here…

Pancakes are a delicious delicacy that can be taken during breakfast. Pancakes are fluffier and lighter when compared with waffles which are heavier because of its thick nature. Pancakes are lightly and fluffily made. Pancakes can be made in any shape as desired but they have a typical round shape. Pancakes can be shaped to fun shapes from any shape they were purchased by forming them on your pan or your griddle. Pancakes are generally thin, flat, and most times commonly round. As earlier stated, they are light and fluffy. Pancakes are gotten from a mixture of starch-based substances. You could use batter you bought in a store or you could make your batter just like in the case of waffles. Some other similarities pancakes have with waffles is that the batter can be mixed and match toppings depending on preference.

Instead of making plain pancakes, fruits or chocolate chips or bacon can be cooked into pancakes which will give a very delicious meal. Syrup, butter and peanut butter, whipped topping, and some other topping can also be added. Several pancakes can be eaten at a sitting because they are stackable.

How Pancakes Are Made

It is very important to understand how pancakes are made and the processes involved which will make us fully understand the similarities and the differences between pancakes and waffles.

There are several recipes of pancakes that we have out there, there are several others you can make on your own, but we want to consider a very simple one that is quite basic which we will be using as a reference point to have a full understanding of the ingredients used and also the common process of making pancakes. Check out the processes of making your pancakes below:

Waffles are made by simply mixing the batter, they can also be made from dough that is leavened. The batter or dough does not require kneading or rising time. They are easily cooked between two different plates of specific patterns. The patterns may be round or square. Waffles makers can be purchased that can be used to make single large waffles.

Waffles are commonly considered to be fluffy and thick and they can also be quitter filling. Waffles can be made in various ways, they could be made healthier by changing the batter and pre-made batter can also be used, it all depends on individual preferences. Items such as fruits could also be added and you could also add toppings of several options. Check below for those things you can add to the waffle batter and also those that can be used as toppings.

The listed above are only a few common items that can help change your waffles as you desire.

How Waffles Are Made

The same way as we did for pancakes, we will also discuss how to make a basic recipe for waffles. Please note that this is just a quick basic recipe, there are several other recipes out there but this will just allow you to have the understanding of the common ingredients used and also the process of making waffles. Follow the step by step below:

If you observed clearly, you will realize that the making of waffles has a very simple process. You don’t need too many ingredients with most being items that can be seen stocked in a regular pantry. If you are going to purchase batter, it will most commonly contain those things made into the dry batter. All you need to do is to add water and probably oil or eggs.

Consider the similarities of the ingredients used to make waffles and pancakes, this makes them similar, though their ratios may slightly vary. Note that the major differences are primarily that you do not need a special cooking device to cook pancakes and they also differ in their process of cooking.

Their main differences are in the method of cooking and the appearance. While Pancakes are fluffy, light, round, and thin, waffles are fluffy, thick, and commonly larger. You also require the waffle iron to properly make waffles.

We trust that this guide has been of help to you by informing you of the primary differences between pancakes and waffles. They are quite similar with just little differences differentiating them.

We have some questions and answers you might want to check out that will help broaden your knowledge.

Why Are There So Many Types of Waffles?

Waffles and pancakes taste differently because of the way the ingredients get processed and how the items are cooked. Notice we beat the eggs separately when preparing waffles. These are some of the things that give them their flavors.

Fennel And Dill – What is The Difference? 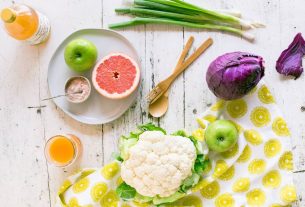 What Are the Differences in Green Onions and Chives 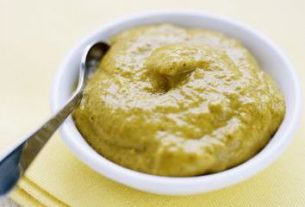