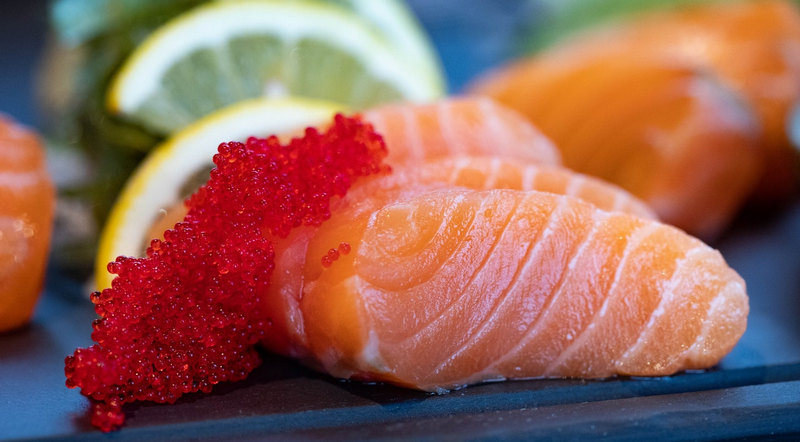 Sashimi has always been noticed to be beside sushi on a menu of any sushi restaurant. Both of them originate from Japan but they are a different type of dish. It could be a bit difficult for novices to know their differences and that is why we want to check out the differences between sashimi and sushi.

The first thing you should know is that once the rice is not present in the meal, it isn’t sushi. Vinegar-soaked rice must be present in a sushi meal and some other additions like raw seafood. However, sashimi is mainly fresh and raw seafood, the most common is salmon or tuna. Sashimi is served usually by slicing thinly without rice over a bed of daikon.

If you go to a sushi restaurant, you will notice that sashimi is on the sushi side of the menu. Both are of Japanese origin, but they are definitely not the same dish.

Sashimi Vs Sushi: What’s The Difference?

It is apparent that on the surface, you will notice a difference in rice with sushi having rice and sashimi without rice. Furthermore, we have several other things to differentiate between the two of them.

First, you should know that sashimi is different from sushi. The term “sashimi” means “pierced body” and that means that it is a fish that is thinly sliced or another kind of meat. You can consider sashimi to be a delicacy. The only accompaniment with sashimi is soy sauce that you will use for dipping. The flavor contained in the fish will be brought out by your soy sauce without any interruption from other flavors.

One of the best quality seafood is sashimi-grade fish and instead of using a net to catch it, a single line should be used and it has to be immediately killed and then put on ice. It will allow it to remain fresh as much as possible, lactic acid build-up and degradation being minimal. This fish is the best quality and safest fish available. Squid, fatty tuna, yellowtail, and salmon are the most popular types of sashimi.

Other meat can be served as a meal of sashimi and this happens in Japan but not common in the US. Some of the meat includes beef and chicken. Most times, saltwater dwellers are used for making sashimi because fishes in saltwater are less susceptible to parasites. Sashimi is most popularly served by laying it without rice on a bed of daikon with soy sauce.

If you want to prepare sushi, you need to prepare it with vinegar rice and it could include fish and vegetables. Sushi is non-fattening and nutritious and it has a high content of minerals, vitamins, carbohydrates, and proteins and it is low in content of fat naturally. It is usually served in pieces of bite-size. It is also easier to use chopsticks to pick it up and eat an entire piece in a go so that the blend of the ingredients can be tasted together.

Most people believe that sushi is related to fish, but this is wrong because the name “sushi” describes the rice preparation that is used in making sushi. You will need to prepare sushi rice (short-grain) with your rice wine vinegar. It is easier to make sushi rolls because the flavor of vinegar-prepared rice is unique and it clumps together.

Most times, sushi is made with seafood such as fish and some other types like prawns. You could also make sushi with vegetables like avocado and cucumber or you could make it with eggs. Seaweed is commonly wrapped around the sushi but you will find a lot of different sushi out there with some including seaweed like maki while others do not include seaweed like nigiri.

You will find lots of sushi inventions out there just like sushi dripped in sauces, dessert sushi, and chicken sushi. The main thing you should know is that the rice makes sushi what sushi is. You cannot consider it sushi once the rice is absent. The rice must be soaked in vinegar and you can then add any ingredient that you want.

It is quite difficult to narrow down the difference in nutrition between sashimi and sushi because a variety of ingredients can be used. The nutritional differences include fiber, protein, carbs, fat, and calories. Sushi has been found to contain more carbs and calories due to the rice present and some other ingredients like mayonnaise are also added which boosts the calorie and fat count.

To get the nutritional content of sashimi, you will only need to consider the kind of meat or fish you use because it does not contain any extra addition of ingredients. Sashimi has high protein content thanks to the meat or fish and it is low in carbs and calorie. Both of them are, however, considered healthy, low in calorie counts, and non-fatty. We will have to list their health benefits separately because the ingredients used in the two dishes are different.

The Health Benefits of Sashimi

You will find it difficult to know the value of nutrition of sashimi, however, an average sashimi piece will weigh about 28.3 grams or 1 oz. You need to check out the different types of fishes used for making sashimi before you can find out the nutritional values.

Omega-3 fatty acids are found greatly in fish and they play a very important role in the health of humans. Fatty tuna, salmon mackerel, and salmon roe are all fattier cuts of sashimi and they all have omega-3 in high concentrations. Sashimi will also give you a high content of protein. There is about 20 to 25g of protein in 100g of sashimi but it is also dependent on the content of fat in the fish. Contained rich in the fish that is used in making sashimi are also antioxidants, minerals, and essential vitamins.

The Health Benefits of Sushi

There are several rich-nutrient ingredients used in sushi and that’s why it is considered healthy.

Gari, which is sweet pickled ginger, usually helps to cleanse the palate between eating several pieces of the sushi dish. Ginger has a high content of manganese, magnesium, copper, and potassium. Ginger also helps to protect the body against bacteria and viruses.

Sushi is usually rolled in seaweed called nori. Nori has many nutrients like vitamins E, C, and A, thiamine, sodium, iodine, iron, magnesium, phosphorus, and calcium. Over 44% of seaweed’s dry weight is protein and can be compared with plants with high protein like soybeans. However, you will get just a minute quantity of seaweed from a roll of your sushi, it means unless you will be eating a lot of sushi, it will make no difference to your nutrition.

Sushi is usually served with wasabi paste, its flavor is very strong and can only be eaten in a very small amount. Wasabi is gotten by grated the stem of Eutrema japonicum, which belongs to the family of mustard, horseradish, and cabbage. Wasabi has a high content of glucosinolates and beta carotene that have anti-inflammatory and antibacterial properties.

However, the plant wasabi is very scarce, a lot of restaurants use imitation paste instead and this is made by combining green dye with mustard powder and horseradish but the nutritional properties are not as great as wasabi itself.

When you hear fish, the first thing that should come to mind is that it contains high protein content. It also houses different vitamins, minerals, and also iodine. It also naturally has vitamin D. Fish has omega-3 fats that help to improve the optimal health of the brain. The fatty acids fight some medical conditions like stroke and heart disease.

Generally, both of them are regarded as healthy foods, however, sashimi is a bit healthier than sushi. This is as a result of fried ingredients, spices, and mayonnaise contained in sushi that add more calories to the dish but sashimi is majorly only raw fish. For a healthier sushi option that you can make at home, use your brown rice to make it and no fried ingredient should be included in it. It will still have the same taste as the main sushi.

The Risks Of Eating Sashimi And Sushi

Both of them are delicious, but some risks are associated with it. Most of the stores you will find around have the sashimi-grade type of fish, you have to be very careful of this. This is because the FDA is yet to provide a clear guideline on sashimi-grade. Normally, you are only safe to eat raw fish in the USA only if it is first frozen so that you will reduce bacteria on it that could lead to foodborne illness.

Sashimi and sushi usually contain a lot of parasites but freezing them immediately will kill them. However, freezing them will not clear all the pathogens and microorganisms that could cause potential health problems. Those whose immune systems are compromised should ensure they cook the fish very well before they eat it.

Whether the fish is eaten raw or cooked, mercury and other heavy metals have been found to contaminate fish. It is why people whose immune systems are compromised and pregnant women have all been advised not to eat raw fish. They have also been told not to eat too much of some cooked fish like tuna. 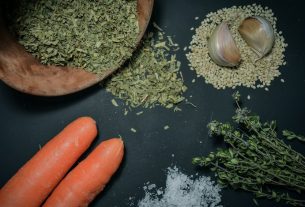 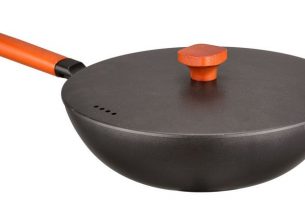 Best Pots For Deep Frying – How To Use Them? 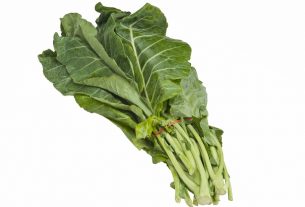 Collard Greens Vs Mustard Greens – What is the difference?