Anyone would love a cold treat during summer or when the weather is hot, and the classic ice cream or frozen custard can be your best choice. You might be mistaken between frozen custard and ice cream since they appear the same, have the same texture and at times may taste similarly too. Custard has a distinct taste, and they are entirely different.

So, how can you tell which is frozen custard and which is ice cream? If they appear the same to you, then tasting it is the best thing to do. Custard is smoother, denser, and creamier while ice cream appear thin or lighter. They also taste differently even when comparing custard flavored ice cream to frozen custard.

We want to share with you the differences between ice cream and frozen custard and let you know more about these cold treats.

The Difference Between Ice Cream and Frozen Custard

You may like ice cream and frozen custard just the same, but it is also best to know their differences.

Frozen custard and ice cream may look the same, but they have different ingredients which makes them differ in texture and taste.

Plain vanilla flavored ice cream has only a few ingredients which includes thick cream, sugar, vanilla, and whole milk. Those simple ingredients are enough to prepare some creamy and delicious vanilla ice cream. If you want variants to vanilla, then you will definitely add more ingredients to make it flavorful.

Egg yolk makes the custard thicker and salt makes it denser. It also has smooth texture that is the same with the consistency of a pudding or yogurt whereas an ice cream is lighter than custard. You might prefer the texture and consistency of frozen custard than ice cream.

Custard is also creamier compared to ice cream since it is denser. Ice cream that is soft served is much lighter than the classic ice cream and is also airy. You may like one over the other when it comes to its consistency or texture, but the taste also matters.

Temperature is important to both ice cream and custard as it affects its appearance and texture. Both should be served at the right temperature to look whole and more appealing.

You will notice that ice cream will melt faster than frozen custard when left at the same time at room temperature. In temperature scale, you can serve ice cream at 10 degrees Fahrenheit while custard can be served at about 18 degrees F.

Making ice cream at home is fun and easy. You can have your homemade ice cream in about thirty minutes if you have the ice cream machine maker, but custard is a bit time consuming to make.

You simply need to mix heavy cream, vanilla, and whole milk thoroughly. Dissolve the sugar in the mixture, then churn it in your ice cream maker machine until it becomes thick. After churning, keep it in the freezer for about 25 minutes. Presto! You have your homemade vanilla ice cream.

Making homemade frozen custard takes much longer time that making ice cream. You need to prepare the egg yolk within the right temperature to be sure that no foodborne bacteria will grow on it between mixing, dissolving, and whisking all the ingredients. The complete process of preparing homemade frozen custard will take about 4 hours to a day until it is ready to serve.

When mixing ingredients to make ice cream or custard, the air beaten into it is called overrun. The air that sips into it affects the texture and consistency of both. Churning ice cream yields much air into the mixture and makes it fluffier while custard maker machines blends with less air into the custard and makes it denser.

It is calculated that ice cream has about 100% overrun while custard only as about 20%. This results to ice cream being lighter and frozen custard to be smoother and denser.

Both have significant amount of calorie content, but custard has lower calories than ice cream. So, if you are watching your calorie intake, it is better to indulge on frozen custard or yogurt.

Here is the table for nutritional content of ice cream and frozen custard in a single serving.

Depending on the added flavors, the nutritional value may differ. If you are conscious about the nutritive value, always check the label.

You can find ice cream in a variety of flavor, but some common flavors are vanilla, cheese, chocolate, fruits, nuts, mocha, and cookies. There is definitely an ice cream that will sooth your mood and suit your taste.

Custard, on the other hand has traditional and limited flavors. Common flavors include chocolate, fruits, and other savory custard which are often served during meals.

The flavors added to both ice cream and custard also add to its nutritional value and carbohydrate contents. They are also often served as desserts so be watchful of its label if you are on a diet.

You or some children and adults alike may be counting calorie or sugar intake, so these cold treats are not recommended for daily consumption.

In case you cannot stop yourself form indulging on these cold treats, a healthier alternative would be best for you. Yogurt is often substituted to ice cream or frozen custard because it has low calorie and sugar content. Yogurt also goes well with fresh fruits and there are also a variety of yogurt flavor available in almost every grocery store.

Like ice cream and custard, you can keep yogurt in the freezer if you want to store it at home.

Where Does Gelato Fit In?

Gelato is an Italian popular frozen dessert that looks like an ice cream, but they are also different. They have the basic ingredients like milk and sugar, but ice cream uses thick cream while gelato uses more milk instead of cream. It makes gelato healthier compared to ice cream since it contains less butterfat. It also comes in a variety of flavors.

To sum it up, frozen custard, ice cream, and gelato are basically three different and unique treats.

What is custard-style ice cream?

Frozen custard is also called custard-style ice cream and it is not similar to ice cream. Traditionally it is warm and served with puddings. Nowadays, it has become a frozen dessert or treat with smooth texture and different flavors.

Which is better, soft-serve or ice cream?

Ice cream is denser compare to soft serve as it is smoother and fluffier. It also has lower sugar and fat contents. It is one of the alternatives to ice cream to those watching their weight but craving for some sweet cold treat.

What is a healthier alternative to ice cream?

Since more people have become health conscious and watch every calorie and sugar intake, ice cream with non-fat or low-fat milk has become popular in the market. Ice cream without artificial flavors and colorings are also available. You just need to check the label to be sure about the kind of ice cream you are buying.

Frozen custard and ice cream are the best treat you can have during summer or when the weather is too warm. Others also enjoy it as dessert even in cold weather. It has also become a popular party treat especially to children.

A scoop will not hurt your diet but be mindful of your intake especially when you know you have health related issues with these cold treats. 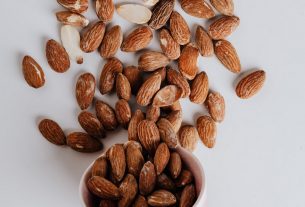 Almond Extract Vs Almond Flavoring – What is The Difference? 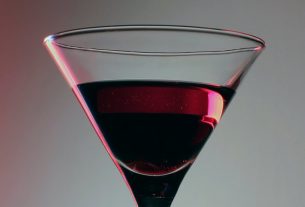 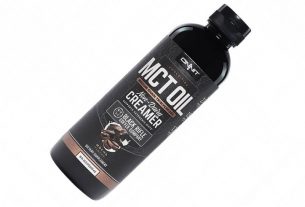 Best Emulsified MCT Oil – How To Make It?