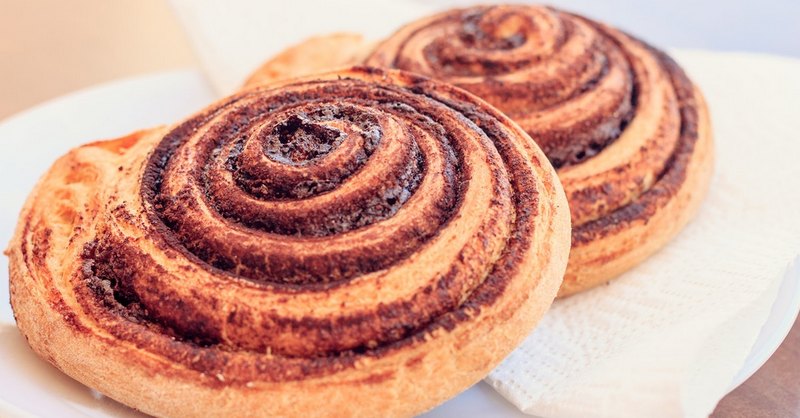 Cinnamon rolls taste very delicious, most especially if they are just brought out from the oven. Cinnamon rolls have a delightful aroma when baking inside the oven that tends to fill the whole house with scents of bread, cinnamon, and frosting. Some basic truth you should know is that it is quite difficult to keep cinnamon rolls as moist as they should be, you also need to be so careful as you are bringing it out from your oven.

You have to properly observe the method of packaging if you want to keep the cinnamon rolls moist. Lack of proper storage will allow the cinnamon rolls to dry off and lose the delicious taste. One basic thing you need to note in storing your cinnamon rolls properly is to make sure they are kept in a container that is airtight.

This article will help you know everything you are supposed to know about how you can keep your moist cinnamon rolls so that they will not get hard or dry. Do not forget that we earlier stated that you need them to be kept in airtight containers, so you might want to get yourself some airtight containers of very high quality that will help keep the cinnamon rolls moist for as long as you want it.

This post also contains some tips that will help you enjoy the cinnamon rolls, we will also show you how you can store them and reheat later when you need them.

Your Guide to Cinnamon Rolls

If you are one of those people who are yet to eat cinnamon rolls, you need to try it as soon as you can, there is no need for any explanation, just try it and you will be glad you did so.

If you want to keep cinnamon rolls as moist as it should be, you need to take note of the fact that the preparation and beginning process is very important. How you mix them and make them are of utmost importance if you wish to keep them moist. Your cinnamon rolls being kept moist is much more than the storage.

How to Make Cinnamon Rolls

You can make your cinnamon rolls through different methods, but let’s check out a very simple and basic recipe that you can use as a reference point to make cinnamon rolls. It will be difficult for us to cover or give you the information about icing but note that you should not skip icing them because it helps to keep the cinnamon rolls moist. Follow the instructions below carefully:

It could take a while to prepare cinnamon rolls but it is worth it. There are several other recipes that you can make that might not require such a long rising time. Depending on your choices, you could search around for other recipes that may work well for you. What we have discussed above is just to show you an example of making cinnamon rolls and how important the making is to prevent it from getting dry.

Let’s check out two different points that could make a difference in helping the cinnamon rolls from getting dry. The first you will observe is putting the yeast inside warm water instead of milk. Furthermore, the buttermilk could also make a huge difference to keep the moisture of your cinnamon rolls. Many other recipes do not pay close attention to these two points and it could affect how moist the cinnamon rolls could be.

Another essential factor that will ensure that the cinnamon rolls are kept moist is how you store them. Proper storage ensures that cinnamon rolls stay away from dryness.

Check out the storage tips you can follow to best keep cinnamon rolls.

If you follow the tips as you should, the cinnamon rolls will be kept moist and as delicious as it should be. It is, however, not a guarantee that they will not dry up, but it goes a long way to help.

There are situations where you have followed all the tips and your cinnamon rolls still ended up dry, reheat them by adding butter over the top so that the taste will be good like new ones. Follow the steps below to find out how you can reheat your cinnamon rolls:

Even if the cinnamon rolls are not fresh from the oven, you should still be able to enjoy them moist.

Note that cinnamon rolls are very difficult to preserve, they most times dry out. These tricks and tips have however been designed for you to have the best results.

Can You Keep Your Cinnamon Rolls from Shrinking or Falling?

This might not be possible because falling and shrinking is very much associated with baking using yeast. This could also be because of the recipe you are making.

How does this happen? The steam generated in the dough allows your bread to increase or expand, once the steam is out, the expansion will subside.

What are the other things you could do that can help? Endeavor not to over-knead your bread during the process of kneading. Over kneading will push air in the dough, such that it will eventually escape. You should also not allow the dough to rise for so long before you start rolling and cutting, if you do, excess air would be deposited and it will eventually shrink and fall.

Is it OK to Store Dough in the Fridge Overnight?

You can store your dough inside your fridge for about 24 hours in case you decided not to bake them straight away. Make sure you cover and store properly most especially if you are keeping it longer than one or two hours after making the dough.

How to Reheat Fast Food – The Ultimate Guide How To Reheat Hamburger Helper Dishes? 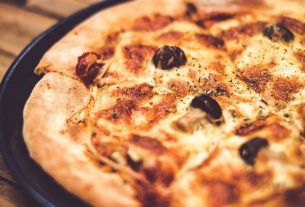 Can You Cook Frozen Pizza in the Microwave