Since inception, apple cider is considered to be a very delicious beverage that people love, apple cider vinegar, however, is classified as a cure to anything from warts to acid reflux. Though both of them may smell and sound similar and they are made with basically the same ingredients, they are very much different.

This takes us to the question of how apple cider vinegar and your apple cider are different. Their major difference is that your apple cider is considered more to be apple juice while apple cider vinegar is considered to be fermented to alcohol that is later converted to acetic acid. You need to know more because there is actually more about it than the answer given above. We have put this article together to show you the similarities and differences between the two apple products as well as provide some answers to some of the questions lingering in your heart. Please read further.

What is Apple Cider?

Apple cider could be sometimes referred to as sweet cider, non-alcoholic cider, or cider, which is dependent on where an individual resides. We make apple cider from juice collected from entirely crushed apples and then filtered minimally before it is pasteurized to safely consume. Anyone making cider press their blend of apples and preservatives could also be added for the cider to be kept longer and fresher.

Whenever you see any cider regarded as “varietal,” it means it is made with just one apple variety signature instead of a apples’ blend. But whenever you see a labeled drink with the name “apple cider blend,” this means it is made entirely with another fruit such as raspberries or cranberries. You can check online for the company ‘Mountain Cider’ that makes a concentrate of apple cider.

You also make apple juice by crushing, pulverizing, or masticating apples for the juice to be extracted from the fruit’s skin and flesh. When making cider, the majority of the skin and pulp are left inside the juice and this turns it into a very deep caramel-like color and heaviness is also added to the end product. To make apple juice, you carefully filter it to get you smooth and thin liquid just like water. In case you are trying to make your recipe that needs apple cider, you can substitute unsweetened apple juice for it. You can also replace the apple juice with sweet apple cider in your recipe.

Leaving fresh types of apple cider to ferment will make it alcoholic. When you mention cider in Europe or other countries, they will immediately think of the alcoholic drink if you specifically state otherwise. In the United States, however, it is a complete opposite. Cider is classified to be the very sweet variety if you don’t mention alcoholic or “hard.”

What is Apple Cider Vinegar?

You can consider all vinegar to be the fermented acetic acid and water combination, but the thing is that you can make your acetic acid from any kind of plants such as fruit, grains, rice, or potatoes. ACV or apple cider vinegar can be made by turning apples to natural sugar alcohol through fermentation and then the addition of bacteria to it to convert or change the alcohol to acetic acid. You can check out the Bragg’s Organic Apple Cider Vinegar with “The Mother.” It is one of the people’s favorites.

You make white vinegar from the fermentation of grain alcohol while ACV can be made from the fermentation of apple cider. ACV is a brown liquid but the white vinegar is considered to be a very complete clear liquid. Their flavors are also very different with the ACV being fruitier than the white vinegar. Both are very healthy and useful for eating and varieties of cooking. They are also beneficial to be used to disinfect. They are both typically used due to their health benefits but white vinegar gets commonly used to clean homes thanks to its lesser powerful odor and being relatively inexpensive. Cider vinegar could be classified the same as the apple cider vinegar and it could also be classified to be different Cider vinegar can be made from some other different fruits and perhaps, blend of fruits with the label ‘cider vinegar’ on it instead of being specific. In most of the cases, the constituent of cider vinegar would be the ACV at the base and another fruit for flavoring added to it.

ACV is very similar to how coconut oil is used as it is now used for a variety of things thanks to its popularity with jokes and memes that advise that: “When in doubt, try ACV!.” Check out some unobvious uses of ACV:

Both of them are beneficial to the health but it is quite difficult to tell accurately their similarities and differences in regards to their health benefits. We cannot say if one is more healthy than the second one. What we will instead do is to check them individually so that you can get to know that both of them can be great when taken.

Apple cider has all of the apple juice’s nutritional benefits and also has many more. If you have gotten used to apple juice, you may want to change to apple cider. You make apple cider with skin and pulp of the apple fruit and this leaves the cider with more minerals, vitamins, and more fiber. Apple juice produced commercially also gets processed further with the addition of preservatives and excess sugars or passing it through several procedures just to allow it to last longer and this, in turn, affects its nutritional value. Your apple cider does not undergo a lot of processing and it retains more nutrition, though it does not stay as long as the apple juice. Apples are generally healthy for the heart and very excellent for the metabolism, these are the benefits you will find in apple cider vinegar and your apple cider but your cider version could be more palatable whenever you are drinking your apple as a type of beverage.

ACV has a flavor that is potent and it is not usually taken in larger quantities but instead used topically. It is a great antibacterial used to treat fleas, lice, and ticks to foot fungus, warts, and nail. It can also be used to treat the mouth, ear, and throat and can also be used in cleaning wounds. Because of its acidity, ACV helps to restore pH balance to the internal organs and the skin. It helps to improve some skin conditions such as psoriasis and eczema if you use it topically. Ensure you use your skin-friendly oil or water to dilute it because it can get irritating when used in high concentration. Also, confirm with your dermatologist or doctor before you use it for very serious conditions of the skin.

Is white vinegar good for you?

We use white vinegar in many homes as an ingredient in DIY cleaning products. It is also good for health thanks to its variety of health benefits. In traditional and ancient medicine, it is known to possess properties of anti-microbial that are used to treat infections and wounds and also help reduce the weight, manage the blood sugar, and also reduce cholesterol when it is taken internally. White vinegar is also used as condiments in your salad dressings or when making pickles, mustards, and being an ingredient in cooking sauces or marinades, when making cheese, and also in baking recipes.

ACV is actually very good for your weight loss with acetic acid helping to improve the metabolism, balancing the blood sugar, and lowering insulin. This will allow the body to more efficiently regulate body fat storage and better burn fat. The ACV also signals the brain to stop the hunger signals that helps to curb appetite and thus, help manage your weight.

The word “Halal” in Arabic means permissible and for Muslims and some other people, anything containing alcohol is strictly not allowed or forbidden. This means your hard apple cider is not halal. Note, however, that converting your apple cider vinegar to apple cider will see the alcohol eaten by the bacteria and the vinegar will be left to be non-alcoholic and can then be halal. It is, however best to check the information with your authorities. 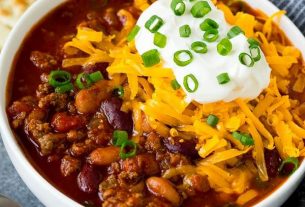