People often tend to take ham for granted despite that it is a very delicious meal that is most commonly taken during family dinners, holidays, and other times. If you are reading this article, you one way or the other love taking ham, heard about ham or maybe you are only interested in the first time.

There are multiple ways in which ham can be cooked and there are several other things you may want to do with it. If you are cooking ham, it means you may have some leftovers for several days and there are various things you can use the leftovers to do. Most times, you end up having more hams than needed because they always come in bulk cut portions and that brings us to the question of what you can do concerning the leftovers. Perhaps, you can freeze them.

Come to think of it, can you put a cooked ham in the freezer? You may be shocked to find out that you can freeze your cooked ham in as much as you can wrap and store them properly. It is recommended that you double wrap the cooked yam in butchered paper and freeze it for just six months to get the best of flavors. Cooked hams can be frozen for up to 12 (twelve) months but it is very good to eat it within the first 6 months to get the best set of results.

Let’s get deep into those things you are supposed to know about freezing cooked ham. Let’s check out a few tips about how exactly you can cook your ham and how you can successfully freeze leftovers of cooked ham. Check out the information below to find out:

Hams are made from pork by cutting the leg of the meat. Hams are most times preserved by using the curing method, they could, however, be smoked before they are cured depending on the process you want.  If you go to the store to purchase hams, there are several options you will see and they all come with titles. Check out those you could see below:

The listed above are only a few that we have, we have several other flavors of hams. You should also consider the number of hams that you will need per time. It is recommended that each person will consume ham of about 1/3 pound at the very least and your calculations for the number of hams needed should be based on this. It is also recommended that you round up for individuals who will eat above the estimate. When you are budgeting for 12 people, with the calculation above, you will need to purchase about four or five-pound ham.

There are different ways to cook your hams, it all depends on your choice. You could glaze or marinade it. Ham can be baked inside the oven or they can be smoked. Baking is more of a traditional method, there are several other methods. You could do anything you want with your ham, it could be cooked by using the instant pot or crockpot depending on the method you have adopted. Ham can be flavored to your tastes and you can be an individual that will just be fine with the normally cooked ham without adding anything special to it or perhaps, creating your flavor.

Let’s quickly check out how to make this recipe, this is just a quick point to see how you can cook your ham. It is recommended for this recipe that you use a glaze because the exterior ham layers are kept from being dried.  Check out the points below:

Cooking ham takes some time, but it could be a pretty easy process. You must also pay attention to it by monitoring it or you risk it being dried out. Some moisture should be applied to it in 30 minutes even if the ham isn’t glazed. It is even better to monitor it for 15 to 20 minutes interval to have full control of every outcome.

Ham can be eaten cooked, it can be enjoyed cold or reheated, it all depends on your preferences. In case you have some leftovers, which it’s almost certain that you will have, you need to know what you can do so that you will not waste it. Check out some of the ideas you can use:

These are a few ways you can use the leftover from your ham and you should know that there are also several other ways to use your ham. It all depends on your choices and that is the only thing that can limit you.

You can store your leftover ham either in a fridge or a freezer depending on what you want. Ham can only be safely stored in a fridge for just five days. Make sure you store it inside something airtight before you place it in a refrigerator. Use airtight containers or storage bags.

In case you want to store the ham in a freezer, follow this process:

Can You Freeze Sliced Ham?

You could freeze your sliced ham when you wrap each of the slices in a plastic wrap before you place it in the freezer bag. The slices will still be fresh for six months if properly kept.

You can reheat frozen ham before you eat if or perhaps eat it as chilled as it is. The only challenge faced with reheating it is how to make sure it doesn’t get dried which can be prevented by wrapping it in foil so that the moisture will remain. You could also add a good moisturizing agent or melted butter by put it on the ham’s exterior if perhaps you do not want to unnecessarily want to re-glaze it. One other thing to do if you have the plan to reheat your ham is to allow it to melt in the fridge overnight which will allow it to be easier to reheat or taken it cold.

How can you tell if Cooked Ham is Bad?

Take a look at your cooked ham and also smell it, these are the set of best ways you can know if it has become bad or now. It will smell sour or look slimy. It is advisable not to taste a bad ham.

Is it OK to Use Ham Frozen for 2 Years?

Cooked ham gets to deteriorate in quality the longer you allow it to freeze. It is not bad to eat if after frozen for two years, but the taste will not be that great.

How Long Can Cooked Ham Be at Room Temperature?

Ham could grow bacteria, it is advisable not to leave the cooked ham out for more than two hours at room temperature. 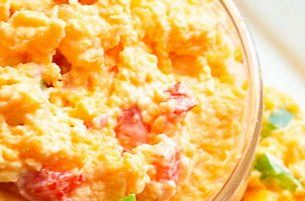 Can You Freeze Pimento Cheese? What To Do Instead? 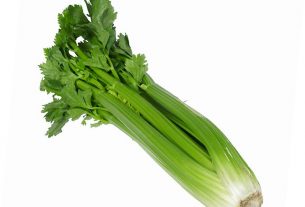 Can You Freeze Celery Leaves? 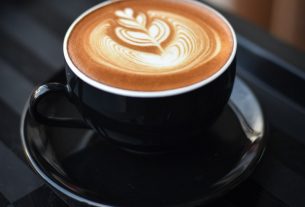 Can You Reheat Coffee?