Flour made from coconut is healthy to use as it rich in fiber and minerals inherent from the coconut.  It is made from dried coconut flesh ground to finest.

It has many health benefits like aiding digestion, helps in weight loss, boost cardiovascular health, and balances blood sugar.

However, it’s not commonly available in supermarkets. So, what options do you have as best substitute to coconut flour?

Your best alternatives to coconut flour are flour made from almond, rice, flax, cassava, and soy.

When you know the characteristic of each type of flour, it will be easier for you to pick your best choice depending on the dish you want to prepare. So, here is our pick on the top 5 best substitute.

Almonds are rich in protein, vitamin E and fiber and so is the flour made from finely ground almonds. Almonds were skinned and blanched before they are ground into fine powder that makes the almond flour.

Almond flour is the best alternative to flour made from coconut because it also does not contain gluten and is rich in nutrients and fiber.

Same with coconut flour, it has very low carbohydrates content and has low level of glycemic index that is good for people watching their sugar level or even to diabetics.

The downsides are it is also rich in poly-saturated fat that is not good for the heart, and it also a bit expensive. You also need to lessen the amount of liquid you add to your mixture because it not as absorbent as coconut flour or add more almond flour than what is set in the recipe.

Here are a few brands in the market.

The blue diamond almond flour usually comes in a bag packaging that weighs 3 pounds. Almonds are blanched before they are finely ground and later sifted for quality flour.

It is a good source of fiber and protein and recommended to those under Keto or Paleo diet. It has nutty taste but gives soft texture to dishes cooked with it hence making it best for pastries.

It is also free from gluten and the best alternative in baking cakes and other pastries.

This flour is also available in a 3-pound package. It may come from a different manufacturer, but it is not different from other almond flour.

It is also finely ground, perfect for baking and cooking needs, has no gluten and rich in fibers.

This extra fine almond flour takes on the inherent nutrients of any almond flour.  It is all natural and free from gluten too.

It is milled perfectly to suit every cooking needs as well as baking purposes.

It is often use as substitute to coconut flour in baking some types of breads, donuts, cookies, or as breading when frying.

Made from yuca or what others call manioc root, cassava flour is also one best option to use instead of coconut flour.

It is ground very finely and is tasteless that works well for baking. It is also free from gluten but very rich in carbohydrate.

Due to its high carbohydrate content, if you are looking for flour which has low glycemic level then this is not a good substitute.

When cooking with cassava flour, you should lessen the volume of water in your mixture as this absorbs less water than coconut flour. A cup of coconut flour will be equivalent to at least 3 to 4 cups of cassava to have the same consistency on your dish.

Here are some brands available in the market.

This flour is all natural and made from finely ground yuca.

It is safe to be eaten by those who have allergic reactions to grain, eggs, soy, gluten, dairy and other types of food or nuts.

Its texture and consistency make it best to be used in different recipe.

Also made from the yuca root, it contains nutrients that makes it best substitute for coconut flour.

It has neutral taste, white to creamy color, and odorless which makes it the choice of many to be used for baking and cooking.

It is very flexible to be used in almost any kind of dish.

This is 100% bean flour. Soy is milled to finest from quality raw soy. It is rich in protein and has less carbs than wheat flour, and like coconut flour it contains no gluten.

One common soy flour you can see in the market is the from the Baker’s. This flour is treated under heat and thus called treated flour. Treated flour has less chance of growing any microorganisms in them while stored.

It has a beany taste but does not overpower the taste of the dish. It is perfect for baking cakes, cookies, or muffins as substitute to coconut flour. It can also be used in cooking other recipes.

Flour made from finely ground rice is commonly used Asian countries for cooking and baking and is also a good substitute to coconut flour.

You can choose between two kinds of flour made from rice, the white rice or the brown rice which is also called whole grain.

Flour from white rice is softer, finer and has less fiber. Whereas, the flour from brown rice has more fiber and coarser. It also has a mild nutty scent and taste while the white flour is odorless and tasteless.

Remember that rice flour has lighter consistency than coconut flour. Using it as alternative to coconut flour would require you to triple the amount of the rice flour in your preparation.

Made from finely ground California brown rice and available in the market in a 5-pound resealable bag. It is rich in fiber and protein.

This is also batch tested to ensure that its 100% natural and has no gluten.

This flour made from ground white rice is manufactured to cater the needs of those who preferred to stay vegan. It contains no gluten and is very suitable to be included in daily diet.

It has fine texture and a good substitute not only to coconut flour but also to other types of flour.

Powdered flax seeds  which is commonly known as flax meal is a good substitute to coconut flour even if they differ in nutritional value and consistency.

Since the seed has oil, the flax flour or meal made from it also has oil which makes the dish slightly oily while acting as flour in your recipes.

Aside from cooking, you can also use it as sprinkles on ice cream, yogurt, or cereals.

Packed in a re-sealable bag, flax meal by Spectrum is purely organic, has no gluten and maintained its nutrients and fiber. Though it has slightly nutty flavor it does not overpower the taste of your dish.

This flax meal is 100% organic, has slightly nutty taste and free from gluten. It also rich in fiber and Omega fatty acids. It’s one of the best alternatives to any kinds of flour in your recipe.

The chart shows the equivalent amount of each flour as a substitute to coconut flour.

You need to lessen the amount of liquid in your mixture or recipe to have the consistency you want because coconut is highly absorbent while the others are not.

Is almond flour or coconut flour better for you?

Almond is rich in nutrients than coconut but for people who are conscious about their carbs and fatty food intake, coconut is their best choice.

Can you make coconut flour?

Yes. Prepare dry coconut bits then turn it in your blender. After a few turns, lay it on a paper towel to let it dry and then redo the process until you get finest powder.

Your best choices as substitute to coconut flour are flour made from cassava, soy, flax, rice and almond. 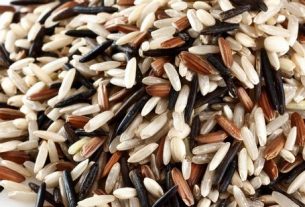 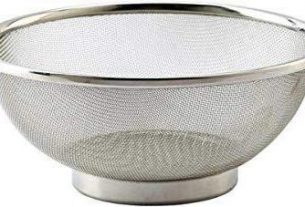 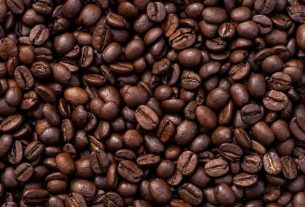