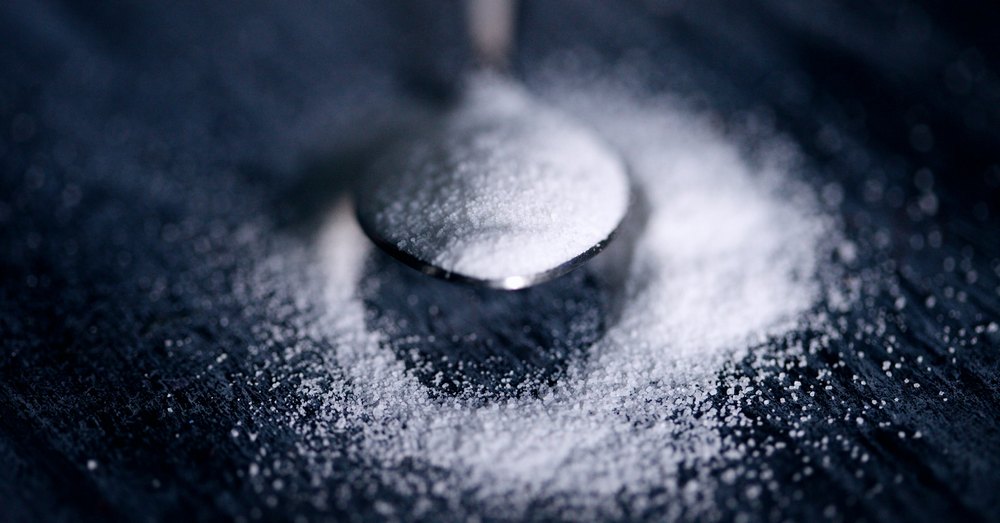 Everyone loves sweet treats, isn’t it? Whether or not you have health issues or trying to watch your insulin levels, waistline, attention span, and all, you also deserve sweet treats.

There are several sugar alternatives out there, but monk fruit has become popular lately. It should however be noted that we have several options of monk fruit and they are not all created equal.

You may get to a stage where you will ask the question of knowing the best type of monk fruit sweetener. The best of them all must have the criterion of being 100% of monk fruit. In case you are looking for a sweetener that will not compromise your health, monk fruit is the best way to go.

This post will let you know the top seven favorites of monk fruit and all the information you need to know.

What is Monk Fruit, and what are the Benefits?

As the name implies, monk fruit is referred to as “luo han guo”, a name given to honor luóhàn monks, monks that first grew the fruit. It originates from forests in southern China and northern Thailand where it is classified as a small-sized green melon. The fruit is part of used mainly to treat respiratory issues as a portion of the medicine of ancient China for several centuries. The fruit is sweeter in 200 folds when compared with sugar and it does not have carbs or calories.

Unlike other fruits that obtain their sweetness level from glucose and fructose, monk fruits obtain the sweetness from mogrocide. Glucose and fructose could affect the level of blood glucose and several other health issues, unlike mogrocide that is an antioxidant. As earlier stated, the extract of monk fruit has no carbs or calories because the sweet flavor is not obtained from sugar and does not have any effect on the level of blood glucose. This means that even diabetes patients can take monk fruits.

If you are an individual that is trying to balance your energy level and blood sugar or trying to lose some weight, monk fruit is very good for you. The body does not metabolize it just like other regular sugars.

Because monk fruit is regarded as an antioxidant, it means it helps to control the level of inflammations in the body and it has been researched that it helps to solve cancer problems.

Below is a list of the common monk fruit:

This contains erythritol that is classified as non-GMO. It is considered as one of the best alternatives for tasting sugar. There is no pesticide or other additive apart from being manufactured by using an extract of monk fruit and erythritol that is non-GMO.

This contains a bulk of erythritol which reduces the cost of using sweeteners. It does not have an undesirable aftertaste and it has a sugary flavor that is uniform because it is manufactured by using co-crystallization.

It is not an entire monk fruit that is pure because it contains erythritol though it has great measurements and taste. It can easily be swapped for sugar in a ratio of 1:1 in your recipes. It has natural prebiotic fiber that is in the Chicory root form, includes inulin. It helps the gut to become healthy, helping the good bacteria to flourish. It is however not good for those with gut problems. The ingredients used are classified as non-GMO.

This is also a very popular brand though quite controversial. It contains maltodextrin which affects the glucose level of those on a keto diet or those that have diabetes. The additive mainly helps to have a 1:1 replacement, making it easier to be measured by consumers. It tastes exactly like your table sugar without any after taste and it is also gluten-free.

This type of monk fruit is still be grown and harvested in the traditional pristine location that Buddhist monks meditate. The growth has been researched to follow the right environmental and traditional practices. The product uses Erythritol and it is not advisable to be used by someone that has gut or sensitivity disorders or not good to take a high dose. It has no calories or carbs and it is easily substituted for sugary recipes on a 1:1 proportion. It is a solution for people having challenges with diabetics or candida or those on vegan, keto, or paleo diet.

This is also highly rated because the sweetness is tempered by cane alcohol that is organic in limited quantity. The cane alcohol helps to preserve the monk fruit for a long time and free of contaminants like the growth of pathogens like salmonella and mold. The only problem associated with this type of monk fruit is that it has quite an aftertaste like the artificial sweeteners, but generally, it is very healthy. Being a liquid, you can add it to other liquid and you only need a little drop to get out the sweetness. It has no contact with tree nuts, fish, soy, eggs, milk, gluten, or wheat when it is being manufactured.

This is the main extract that is found to be 100% pure without any addictive, fillers, ingredients either artificial or natural, and flavorings, it contains 100% of monk fruit. It has been tested carefully to be pure and contains no such thing as hazardous microbials or heavy metals. This extract is not grown with the use of herbicides or pesticides though it is yet to be certified to be organic by USDA. You may however need time to get used to this flavor because it is not similar in taste to table sugars.

This is a sugar alcohol that is a sweetener and popular additive. It is extracted from birch wood or corn and can also be obtained from various veggies or fruits. It has calories but lower than that of sugar and it could also raise the blood sugar level and it can also not be used by individuals undergoing a keto diet. Xylitol is healthier than most other sugars because its sweetness is not derived from fructose just like other sugars. Xylitol could cause discomfort of the gut as it acts as a laxative. It is also toxic for dogs, keep your dogs from any of your baked products where this ingredient is used.

It is not popular as an alternative to sugar but it is contained in very small quantities of raisins, wheat, and figs. Enzymes can be used to convert fructose to allulose from plants like corn. It has the same chemical formula with fructose though arranged differently. Allulose is eliminated from the body after consumption because it is not stored in the body or used for energy. It has a similar texture and taste to sugar but it does not affect the blood sugar. In the United States, Allulose is classified to be safe.

This is an ingredient derived from wheat, potato starch, rice, or corn. Its glycemic index is at 150 as it is highly processed and has a similar constituent like corn syrups it is lower in the percentage of sugar. Maltodextrin has been approved by the USA FDA for use as additives in food, this, however, does not make it all safe. Do not use anything that contains maltodextrin if you are diabetic, resistant to insulin or you want to use keto sweetener. Maltodextrin tempers with the sweet flavor of extract of monk fruit to make it comparable to table sugar and this is why is used in most foods. Maltodextrins are easy and cheap to manufacture and it acts as an excellent preservative.

It is classified as the most popular type of extra ingredient. It is an entirely natural sugar alcohol that is usually gotten from either corn or cane sugar. It does not affect the levels of blood glucose, but it does contain a minuscule trace of calories. It doesn’t stay in the body after consumption because the body cannot metabolize it to use for energy. It is considered to be approximately 70% as sweet as regular table sugar. It is also a great alternative to sugar.

Research has considered erythritol to be easily digested which makes it safe when consumed by humans. The ingredient can however cause diarrhea or bloating and gas if you have leaky digestive system syndrome.

You may not like monk fruit as an alternative for sugar, there are some other natural sweeteners you can use with advantages and disadvantages.

Agave nectar was only popular in history for a while. Agave is contained mainly of fructose that is associated with obesity, insulin resistance, and some other diseases. It is regarded as more detrimental to the health though it is not as processed as table sugar.

This is made from natural flavors, oligosaccharides, and erythritol. Oligosaccharides are generally sweet carbs naturally in fruits and other starchier vegetables. Oligosaccharides are food for gut bacteria and cannot be used to generate energy because it is considered a prebiotic fiber. Swerve does not affect the blood sugar level and it can measure just like table sugar.

It is obtained from Rebiana, a shrub herb, related to chrysanthemum and it is considered as one of the most common natural sweeteners found in the market. Stevia does not have any calories and this is its notable benefit. It also helps to stabilize insulin levels and lower blood pressure. The only negativity about Stevia is that it gives a noticeable bitter aftertaste.

Chemicals that help the taste buds to detect sweetness are artificial sweeteners. They have little or no calories but they are sweeter than regular sugar.

Sucralose is under the brand name Splenda, it is about 600 times as sweet as regular sugar and it is very good for baking and cooking. Sucralose is created in the lab and it does not have a bitter aftertaste. It could affect the levels of blood sugar because it contains maltodextrin and dextrose. Heating sucralose has been researched to increase the risks of cancer.

We all know saccharin and it has been in use for several centuries, though it became very popular and common in the 1960s and 1970s. It is under the brand name Sweet’N Low. Saccharin is created in the lab and is about 700 times sweeter than regular sugar. It becomes indigestible when taken by into human body. The disadvantage is that it gives a bitter taste after taking it and research has linked it to cause cancer.

This is often used in products of diet in the food industry, usually under brand names Equal and NutraSweet. Natural amino acids are used to produce aspartame but the production process is completely synthetic. It is broken down to methanol by the body which is toxic to the body in large amounts. Its negative effect could be linked to mental disorders, Alzheimer’s, MS, cancer, weight gain, and headaches.

What are the side effects of monk fruit?

There have been no side effects researched that could be caused by using monk fruit. It has been studied scientifically and the FDA has approved it as safe. Be however sure to get pure on to be on the safer side.

What is the Glycemic Index of monk fruit?

Monk fruit is keto-friendly because it does not have carbs or calories. You should however check for the pure ones that have no additives. 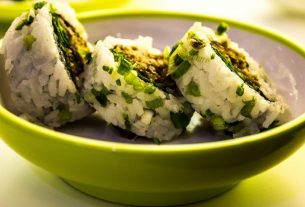 Can You Eat Cold Rice? 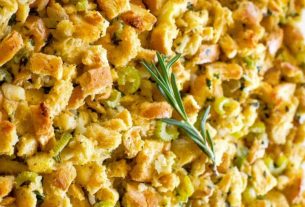 Can You Freeze Stuffing? 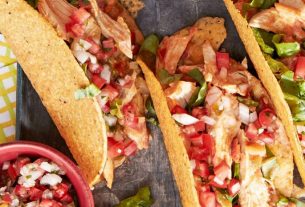 Can You Freeze Pico De Gallo? What To Do Instead?