You must have eaten lunchables as a snack before. These are a convenient and cheap snack taken by adults and kids also take it as a full dish. In case some lunchables in your house are set to expire, you could have been wondering whether or not you can prolong their shelf life by putting them inside the freezer for you to eat later.

The question you will most likely have in mind is whether or not it is possible to freeze lunchables. Lunchables can be frozen and you can safely eat them in as much as you properly defrost them. However, the texture and taste of your lauchables are likely to be altered when you freeze them.

You need to keep reading to know if freezing your lunchables is the best thing to do. We will also share some alternative methods you can use to store them.

Freezing Lunchables – Is It Safe?

There are different kinds of lunchables and this is the first thing you need to know. Each lunchable react differently when they are frozen. The majority of lunchables are in crackers and this will likely be the main problem of freezing the whole package.

Freezing of the crackers is not ideal because the crackers will not maintain their textures once you thaw them. They will become a bit soggy and soft after frozen and it will deter some set of people over the others. You cannot prevent the crackers from being soggy if you freeze your lunchables inside their full package.

When you check the instructions written on the package, you are advised not to try to freeze the lunchables but rather to store them inside the fridge. This is more about taken caution and not about safety because freezing them will make them have a different taste from its original items.

In case you are faced with lunchables that will likely expire before you will be eating them, it will not be a bad idea if you freeze them. You will find out if the taste and texture after they have defrosted is what you like. Some people are likely to like it more than some other people because everyone is not the same.

Lunchables That Come With Drinks

Some lunchables that are accompanied by a drink. It is a wonderful additional feature, however, it is not wise to freeze them. This is because the water will expand while freezing and this happens about 9%.

If you placed it inside your enclosed bottle, the bottle will likely burst due to the expansion. This will leave you with pieces of juice that have been frozen all over the freezer. Because of this, take the drink away from the package of lunchables and instead put the drink inside the refrigerator.

The lunchable fillings will be fine even after you have frozen them and there will be little or no differences in the texture and taste of the dessert, meat, and cheese if they are included. It is safe to freeze lunchables, but you have to be careful when thawing them. The best thing is not to allow the lunchables to be at room temperature except you will eat them immediately they are thawed.

You are taking this caution because of the safety of leaving your meat to lie at room temperature. Meat can only be left for some hours this way before it will not be safe. The best place to thaw the lauchables is inside the refrigerator. However, some people love to take their frozen lunchables, pop them inside their bags, and eat them later after they have defrosted. You can also do this but you need to know how long you have left them out after they defrosted.

In case you will be eating the lunchables in your office or at home, it is not out of place to place your meat inside a microwave for some seconds. It will allow it to taste nicer and also ensure that they get thawed completely. It is all about what you prefer.

After freezing food for a while, its texture and flavor will start to deteriorate, so food cannot be frozen indefinitely. There are different amounts of freezing time associated with different foods but what we will consider here is the meat that is included inside the package. It is normal for the taste of the meat inside the lunchables to begin to get worse after up to two months that they have been frozen.

Just like all meat, defrosting your meat inside the fridge is the best idea so that there won’t be any growth of bacteria after they have been completely thawed. If you wish to increase the speed spent in the process of defrosting, put them inside a bowl of normal water. However, you may decide to thaw the lunchables out at room temperature, just ensure it is not allowed to stay out for too long after it has been defrosted.

You might not want to freeze your lunchables, then you are allowed to make yours. This is an easy thing to do because crackers can last for a long time and the cheese also possess a very long date of expiration. You could then add it to anything you already have inside the refrigerator like chicken, ham, or turkey.

When you make your lunchables, it will also work a lot less expensive and you could include all the ingredients that you want, according to your choice. You could add cheese straws to the lunchables if you wish to add a very unique ingredient. It is fun to work with, it is healthy, and it fits in nicely into all containers. For vegan people, they can add vegan cheese to the lunchable before they freeze it.

We are sure this article has opened your eyes to so many things. You have now known that you can place your lunchables inside the freezer without worrying about them. Whenever they are approaching the use-by-date, just put them inside your freezer instead of throwing them away.

Can I refreeze Lunchables?

If after your lunchables have been frozen, thawed and you probably forgot you should eat them, you might be thinking of refreezing them. However, just like almost every other food, refreezing a food item after you have thawed it is not a good idea. This is likely to lead to health concerns allowing the lunchables to harm you.

Throw your lunchables away if they have been thawed and left out to sit at room temperature for more than two hours. You should not risk your health, just eat something else.

Will Lunchables still taste nice after being frozen?

It is all about what you prefer. Some people do not notice any difference in their fillings texture and taste after being frozen. However, freezing the crackers will be a problem because they will become a bit soggy after losing their hardness.

How long can you leave ham unrefrigerated?

How long you ham can spend without being refrigerated depends on several factors and the temperature is a very big one. You can allow it to be out for a few hours if the setting is still fairly cool. During the time you are leaving it out, ensure that your ham is completely covered because it will be inside the lunchable packet. It is not resistible to bacteria even if it is placed in a well-sealed packet. Ham that is outside in a very warm condition can only be left for about two hours, after which you will have to throw it away.

Lunchables are not the healthiest things you should eat but they are not as bad as people take it. They also contain wonderful nutrients that can help the body. When you take lunchables, the calcium contained in the cheese is beneficial to you and you will also gain protein from the meat. It is even healthier when you make your version in your home because you can use something fresher and that is less processed.

Will Lunchables go bad if not refrigerated?

Usually, most lunchables you see around have a meat source and it is not a very good idea to allow the meat to stay at room temperature for too long because bacteria can easily grow on it. You can leave them for some hours but it should not be more. Cheese can stay for a long time outside the fridge, but it will still spoil a bit quickly. Once you buy your lunchables, put them inside the refrigerator or freezer immediately.  Freezing your lunchables is very good for them to be kept fresher for a longer time if you want to eat them later that day.

Can You Reheat Coffee? 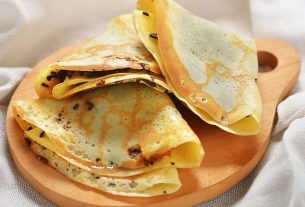 Can You Freeze Crepes? 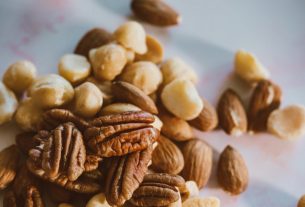 Can You Freeze Pecans?