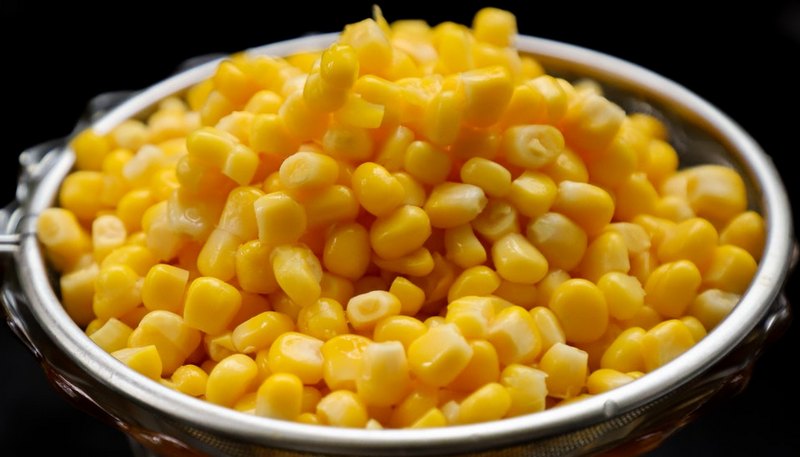 Corn is always harvested either in the early fall or late summer. Nothing beats eating an ear of corn on the cob, corn kernels cannot even be compared to it. Though taking corn on its cob could get corn caught in between your teeth and it could be messy, but you are not going to trade it in exchange for any other thing.

Because they are so delicious, they are always made in excess, hence, leftovers are sure. There must be a way you can store the leftovers and reheat later. Corn on its cob can be reheated through five best methods such as broiling or baking in an oven, on a grill, inside boiling water, and a microwave. They are all very reliable but to get the best method depends on the method that was initially used to cook the corn on its cob.

What we want to discuss in this guide is to show you the different methods you can adopt to reheat your corn on its cob. Continue reading below:

How to Reheat Corn on the Cob – The 5 Best Ways

Your corn can be toasted by using broil settings. Put a cooling tray in your baking sheet before you put the corn on the tray. Then put them all in the oven observing it at an inch of at least six inches from the source of heat. Rotate your corn 45° after one minute. Kindly undergo the same process until your corn has been evenly toasted around. You could allow it to take two full rotations to evenly warm.

Baking in an oven is time-intensive. It is the method that is most time-coming when compared to the remaining methods. Get a dish large enough to lie in the corn flat, add a small amount of water in the base of the large dish. Cover the dish with aluminum foil and place it in the oven that has been warmed to a temperature of 400°F. Allow it to steam for about five minutes.

Supposing your corn was boiled when you first cooked it, it can be reboiled to get it warm up again. Take a very big pot of water, allow to boil, and add the corn so that it will soak for one to two minutes. You shouldn’t put your corn in the water and then forget it there because boiling the water will take a longer time than the time your corn will thoroughly warm. One other tip to take note is not to add salt to the water before you boil your corn either originally or reheating. Salt tends to steal the sweetness and allow the kernels to dry out a bit. Use only water or you could add butter and salt to cooked corn, just before you eat it.

Using a microwave will give you the easiest and quickest solution to warm your corn. You need to get your microwave-safe pan or dish that will be large enough for your corn to lay flat. Add to the base of the microwave-safe pan one to two tablespoons of water and use a microwave cover or a plate to cover it. This will allow proper steaming of the corn instead of getting dry. The microwave should be set to 45 seconds before you flip the corn to the other side and return it for another 30 to 45 seconds. This is largely dependent on the kind of power your microwave carries. In case you feel it is not hot enough, you can steam again at 30 seconds interval until you are done.

If your corn was grilled the first time it was cooked, then grilling is the best method in reheating it, don’t boil it. However, if boiling was originally used to cook your corn, grilling as an option to reheat will give you a new experience that you can enjoy. You can lightly coat the corn with oil by using your pastry brush so that the flavor can be brought out. Rotate your corn at 30 seconds interval until it is evenly warmed using two full rotations for corn cob.

How to Buy and Store Corn on the Cob

You will have to cook your corn before it can be reheated. Before it can also be cooked, you must buy a fresh one. If you want to select your corn, check for the ones whose colors are bright green. Make sure there is no dried portion on the observed leaves. Check the ears of corn for small wormholes, if it is free, then you are safe. Try to use your fingers on the silk without trying to peel the husk, you should feel they are slightly moist or soft. Try to squeeze the corn so that you are sure it is not squishy or soft but firm and that it is packed with kernel all through.

Refrigerate Corn on the Cob

To keep your leftover corn fresh or fresh corn that will be reheated later, you need to properly store it in the fridge. Be sure the corn is properly cool at room temperature just before you refrigerate. Leaving it out on the counter should not be more than two hours after being cooked to avoid the growth of bacteria. Check below for the best two methods for storing your corn on its cob:

They can stay fresh inside the fridge for up to three to five days if you store them properly.

Freeze Corn on the Cob

You can freeze your corn to consume throughout the year if you are a type that loves having corn on its cob.

Fresh Corn on the Cob

When you want to fresh your fresh corn on its cob, the easiest and quickest way is to allow it to still be in its husk. This natural covering provides more protection for the corn from ice crystals that are forming. In case it has been husked, you could still go-ahead to freeze, but it might not be fresh in the freezer for as long.

To freeze, put your corn inside your Ziploc bag (freezer-safe), ensure there is no excess air in the bag. Proceed to seal it before you put in the freezer to freeze. If you want to add more than one cob inside the bag, make sure they are both in flat positions and the bag is tightly sealed. Put a date before you place the sealed bag inside the freezer. This will help you know how long it has stayed there. The ones are frozen in its husk last about a year, but those already husked will only between six to eight months.

Cooked Corn on the Cob

After cooking your corn and you discover you cannot eat them all, you can also freeze the leftovers. Leaving it to be on its cob will not help keep the quality. You should endeavor to remove the corn’s kernels before you freeze. After separating kernels from your cob, proceed to spread them in a single layer over your baking sheet that has parchment paper-lined in it. Allow them to freeze this way between 30 minutes and one hour for them to freeze individually as kernels. After this, transfer your kernels into a Ziploc bag (freezer-safe), ensuring much air is gotten out as much as you can and add a date to remember when you froze them. It will be fresh in the freezer for about a year if you properly sealed it. After you thaw the corn in the fridge, it will only stay fresh within three days if left there.

What is it called when you take corn off the cob?

Kerneling or shucking is the process of removing corn kernel from your cob. The resulting product is called corn kernel or niblets as called by some other people. Niblet is a name trademarked by Green Giant. It has, however, become an eponym in North America that is similar to Kleenex when making references to tissues.

Is sweet corn and corn on the cob the same thing?

Can you cook corn on the cob in the husk?

Yes, you could cook your corn on the cob that is still in its husk. This is even easier than husking the corn before cooking. Your corn will slide off cleanly and easily once it is cooked with little hassle if you microwave, boil, or grill it with its husk. Just add three to five minutes of extra cooking time. After it is cooked, slice it at the bottom and all silk threads, as well as husk, will all slide off.

Is corn on the cob good for you?

There are both advantages and disadvantages of eating a corn on its cob. While it is classified as a hearty vegetable that has fibers, minerals, and vitamins packed in it, it is low in healthy fats and proteins. The antioxidants and vitamins in the corn protect the body against cancer, keep the eyes in a good shape, and improve digestion.

Corn has only two main disadvantages;

Corn on its cob contains several nutritional benefits as compared to corn-based products that are bad for the health.

How long does it take to boil an ear of corn?

Pre-husked corn can be added to a large pot of boiling water that does not contain salt. It only takes three minutes for fresh corn to cook, if the corn is large or there are many inside the pot, the time could be up to five minutes. Older corn can also be given an extra one or two minutes to soften up. Corn with husk can be cooked with the husks for an additional cooking time of three to five minutes. 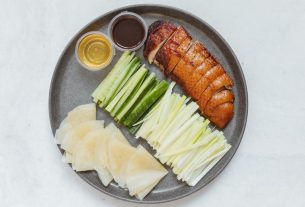 How To Reheat Peking Duck? 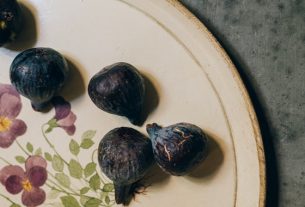 How To Store Figs? 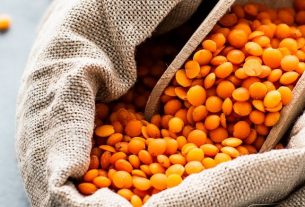 How To Dehydrate Refried Beans (Step By Step)